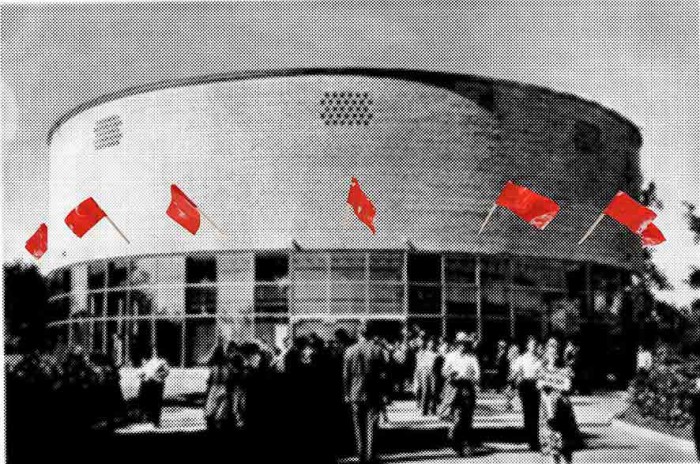 Eleven red flags are installed on flagpoles located around the entire perimeter of the facade of the Circular Kinopanorama. A red flag appears on the mast of the battleship at the end of Sergei Eisenstein‚Äôs film Battleship Potemkin. To make the flag appear red on the ship‚Äôs mast in the black-and-white silent film, the editors had to colour in a large number of the film frames. The red flags on the facade of the Circular Kinopanorama have also been coloured manually in an expressive manner. The 11 repetitions of the flag‚Äôs colouring create a sensation of moving film frames. The eleven flag frames accord the old cinema a similarity to the celebrated battleship in the film, no longer sailing through the lines of enemy ships as in in Eisenstein‚Äôs film, but instead through time.