In an ever-expanding space one finds necessity in a different navigation system, a trajectory of internal movement invisible from the outside, similar to that of the birds in the sky.

In the time of nomadic culture, when travel is not limited to physical relocation, but gains a more universal sense of soaring in the increasingly complicated space-time continuum, flight of a bird is an expression of this wandering, eternal search, that not only expands cultural dimensions of human life, but also communicates improbable freedom, grants â€śfor an instantâ€ť an opportunity of penetration into other, beyond rationale, layers of space. 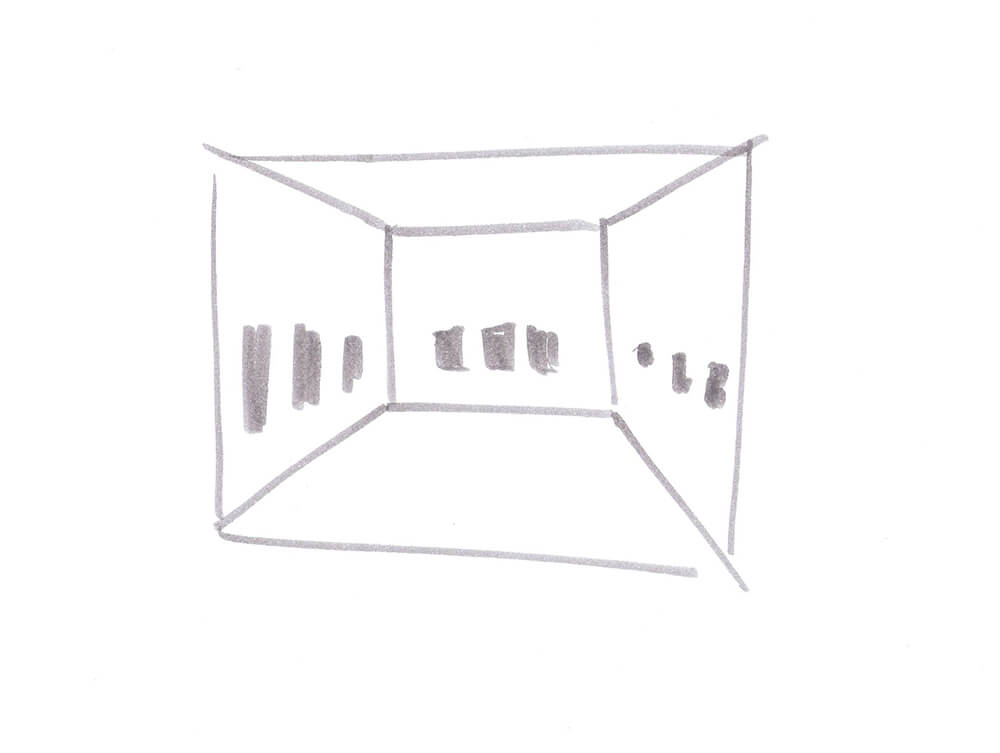 Images of birds, stealing and reappearing in the layers of painterly space, with their contourlike laconic shapes, remind of V-marks left by someone on the margins of a school notebookâ€”seemingly fitting into a certain semiotic system.

Space revealed in the living pulse of avian flight is an aesthetization of the process of search, an image of civilization in transition.

The surface of the painings is multilayered, paint alternates with thin rice paper, mounted so as to appear translucent. Paper works as a glaze, multiple thin layers create depth, and the subtle tones seep through each other, contributing to the overall shimmering effectâ€”which creates an illusion of beating wings.